Information about the MyStreet project, part of Open City Docs festival activities founded by Michael Stewart from the anthropology dept at UCL. 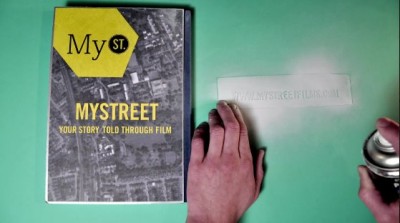 MyStreet is a living on-line
archive of everyday life, encouraging you to make your mark and bring your area
to life through film.

MyStreet
revives the radical project at the centre of the 1930s Mass Observation
movement (founded by the anthropologist Tom Harrison, poet Charles Madge, and
film-maker Humphrey Jennings). This earlier quasi-anthropological attempt to
democratize ethnography in the service of the ‘everyday’, combined with the
potential of film as a vehicle of contestation within the public sphere led to
the creation of a digital project documenting life in the UK and above all in
London.

MyStreet has
set out to unleash the potential of a new form of collaborative anthropology,
to grasp the ‘minor’ importance of the non-canonical media expressions that My
Street provides a forum for, and also a means of dissemination. The project
rests on an appreciation of the transformative power of ‘minor’ practices but
also attempts to circumvent decaying print-age vehicles. MyStreet aims to
provide a window onto, and means of active assertion by, those marginalized
sections of the population whose voices are not heard or who, too often, the
state seeks to suppress and incarcerate.