Cinema and the Post-Industrial City conference

Cinema and the postindustrial city

This session explores how the economic reorganisation of the city since the
1960s has impacted on the production, distribution, and mise-en-scène of urban
cinema. While there is a significant literature in economic geography on
post-Fordist changes in the film industry, this session specifically welcomes
scholarship that links the interconnected restructuring of the city and the
film industry with visual, aesthetic and narrative developments in urban
cinema. Such approaches may focus on how new trends in on-location shooting,
technical innovations (with regards to sound, lighting, digital animation,
lighter equipment and so on) and changes in the distribution of film (TV, video
and online) have resulted in novel modes of representing the city. Close readings
of individual films or genres that explore the changing occupational class
structure of post-Fordist cities (yuppie, ghetto and gentrification films as
well as corporate and legal thrillers for example) or the identity politics
associated with new urban social movements (feminist cinema, New Queer Cinema,
representations of race) are particularly welcome.

Topics may include but are not limited
to:

The politics and economics of
on-location shooting

Theoretical approaches to space/place
in contemporary film studies, and to the moving image in urban studies

The gendered, racialised, and sexual
geographies of urban cinema

The hedonistic city in film


‘Getting there’ workshop at the Museum of Liverpool 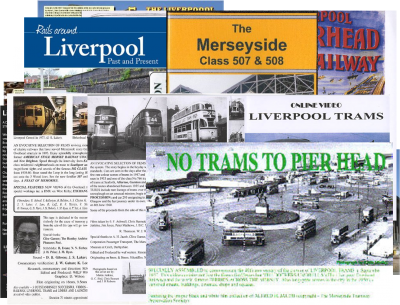 I was invited to present at an event organised by Liz Stewart from the Museum of Liverpool on behalf of the Historic Society of Lancashire and Cheshire. The event, ‘Getting There: Exploring the History of North West’s Transport Links’, was held at the Museum on 18th September 2013. My talk was called ‘Making Connections: Amateur Transport Films and Merseyside’s Historical Geography’. Other speakers included Sharon Brown from the Museum of Liverpool, Richard Knowles, Professor of Transport Geography at the University of Salford, and Martin Dodge, Senior Lecturer in Human Geography at the University of Manchester.