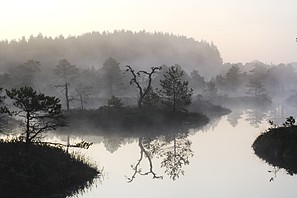 The Nordic Geographers Meeting is a biennial meeting of originally Nordic geographers that has grown into a considerable international event and for its 6th meeting expand its geography to include Estonia. Previous meetings were held in Lund, Sweden (2005); Bergen, Norway (2007); Turku, Finland (2009); Roskilde, Denmark (2011), and Reykjavík, Iceland (2013).The meeting will thus be held in Tallinn & Tartu, Estonia on  15 – 19 June 2015. It is jointly organised by the Estonian Geographical Society, Tallinn Univeristy, University of Tartu, and Estonian University of Life Sciences.

Estonian Geographical Society in cooperation with Estonian universities invites session proposals for the 6th Nordic Geographers Meeting in Tallinn & Tartu, Estonia on  15 – 19 June 2015 on the theme “Geographical Imagination: Interpretations of Nature, Art and Politics“. Both human and physical geographers are encouraged to participate under this broad heading but the organisers aim at highlighting the connections between nature (climate) and imagination, culture contacts between East and West (across and beyond the Baltic to the Far East, the Americas and Oceania) including geographical explorations and the issues of interpretation and politics (including being lost or found in translation).