Toward an Urban Cultural Studies: Henri Lefebvre and the Humanities
Benjamin Fraser 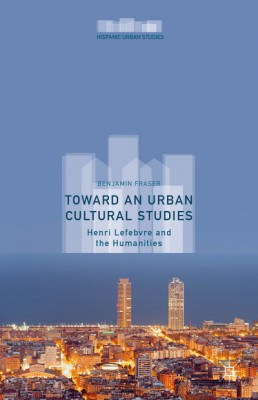 Toward an Urban Cultural Studies is a call for a new interdisciplinary area of research and teaching. Blending Urban Studies and Cultural Studies, this book grounds readers in the extensive theory of the prolific French philosopher Henri Lefebvre. Appropriate for both beginners and specialists, the first half of this book builds from a general introduction to Lefebvre and his methodological contribution toward a focus on the concept of urban alienation and his underexplored theory of the work of art. The second half merges Lefebvrian urban thought with literary studies, film studies and popular music studies, successively, before turning to the videogame and the digital humanities. Benjamin Fraser’s approach consistently emphasizes the interrelationship between cities, culture, and capital.