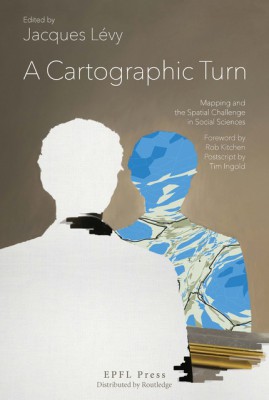 The Cartographic Turn contains contributions on maps and cartography from multiple authors from various disciplines: geography, demography, cartography, art theory, architecture and philosophy. While such diversity could imply that this book is a collection of independent contributions gathered only by their topic, this impression would be misleading. Rather, this book develops four simple propositions that actually can be streamlined into a single concept expressed through four different perspectives. Above all, maps convey rational, aesthetic, ethical and personal messages, at times separately but more often in unison, and this mix offers ample fields for studying social complexity. Beyond that, maps are, by their very existence, both representations of pre-existing spaces and creations of new spaces. Consequently, the historical or anthropological analysis of maps as semantic objects should be connected to the production of new maps, namely those that take advantage of the powerful tools provided by digital technology. Finally, the issues of contemporary mapping should be read in light of recent innovations within social sciences on space. Before this cartographic turn, technicians, historians, users and exegetes were distinct and decidedly turned away from each other.The era of the singular engineer-designed map is past. Maps have gained many new actors, and these actors are critical thinkers. This book would modestly like to contribute to a durable association between mapping and reflexivity. Cartographers, historians of cartography, geographers, visual scientists and artists, social scientists as well as advanced students in these disciplines will appreciate and benefit from reading The Cartographic Turn.