The View from the Train 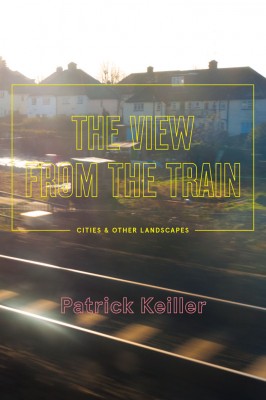 New Book: The View from the Train: Cities and Other Landscapes

Essays by the iconic British filmmaker on the relationship between film, cities and landscape

“Robinson believed that, if he looked at it hard enough, he could cause the surface of the city to reveal to him the molecular basis of historical events, and in this way he hoped to see into the future.”

In his sequence of films, Patrick Keiller retraces the hidden story of the places where we live, the cities and landscapes of our everyday lives. Referencing writers such as Benjamin and Lefebvre, this collection follows his career since the late 1970s, exploring themes including the surrealist perception of the city; the relationship of architecture and film; how cities change over time, and how films represent this; as well as accounts of cross-country journeys involving historical figures, unexpected ideas and an urgent portrait of post-crash Britain.