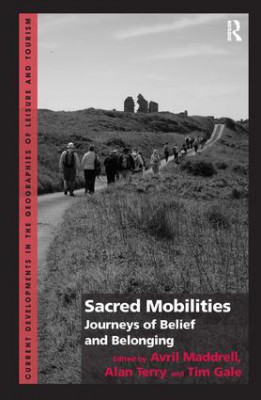 This collection draws on the Mobilities approach to look afresh at notions of the sacred where they intersect with people, objects and other things on the move. Consideration of a wide range of spiritual meanings and practices also sheds light on the motivations and experiences associated with particular mobilities. Drawing on rich, situated case studies, this multi-disciplinary collection discusses what mobility in the social sciences, arts and humanities can tell us about movements and journeys prompted by religious, more broadly ’spiritual’ and ‘secular-sacred’ practices and priorities. Problematizing the fixity of sacred places and times as territorially and temporally bounded entities that exist in opposition to ’profane’ everyday life, this collection looks at the intersection between the embodied-emotional-spiritual experience of places, travel, belief-practices and communities. It is this geographically-informed perspective on the interleaving of religious/ spiritual/ secular notions of the sacred with the material and more-than-representational attributes of associated mobilities and related practices which constitutes this volume’s original contribution to the field. 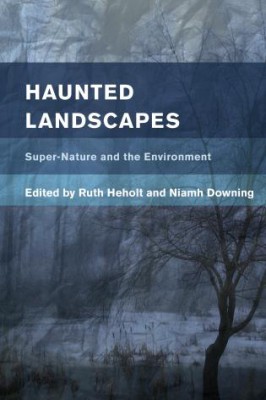 Examines the concept of landscape as a multitude of places
and spaces haunted by spectres, memory, trauma and nostalgia in literature, art
and film from Victorian times to the present.

Haunted Landscapes offers a fresh and innovative approach to
contemporary debates about landscape and the supernatural. Landscapes are often
uncanny spaces embroiled in the past; associated with absence, memory and
nostalgia. Yet experiences of haunting must in some way always belong to the
present: they must be felt. This collection of essays opens up new and
compelling areas of debate around the concepts of haunting, affect and
landscape. Landscape studies, supernatural studies, haunting and memory are all
rapidly growing fields of enquiry and this book synthesises ideas from several
critical approaches – spectral, affective and spatial – to provide a new route
into these subjects. Examining urban and rural landscapes, haunted domestic
spaces, landscapes of trauma, and borderlands, this collection of essays is
designed to cross disciplines and combine seemingly disparate academic
approaches under the coherent locus of landscape and haunting. Presenting a
timely intervention in some of the most pressing scholarly debates of our time,
Haunted Landscapes offers an attractive array of essays that cover topics from
Victorian times to the present. 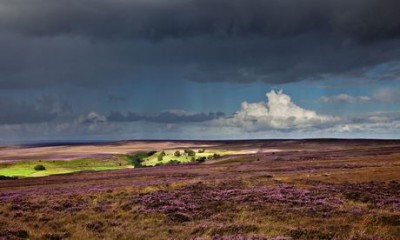 
Big Ruins: The Aesthetics and Politics of Supersized Decay

‘Big Ruins: The Aesthetics and Politics of
Supersized Decay’

Attendees are invited to book a place on the
following event. Tickets are limited, and available via Eventbrite: http://www.eventbrite.co.uk/e/big-ruins-the-aesthetics-and-politics-of-supersized-decay-tickets-10733583437?aff=eorg

As global capitalism intensifies its hold on the
planet, so its ruins are scaling up in size: from vast junkyards of jumbo-jets
in Nevada to entire empty cities in China waiting to be inhabited. Meanwhile
the urban ruins of the Cold War era continue to resist appropriation, whether
because of their toxicity, ideological misplacedness, or as a consequence of
intractable ethnic conflicts. Coupled with a recent plethora of
(post)apocalyptic visions of ruined cities in cinema and computer games, the
links between real and imagined ruination are becoming increasingly blurred. If
we are to imagine large-scales sites of decay, how might their possible ruin be
represented in a way that helps us adequately respond to that very possibility?

This event will address that question by focusing
on the wider significance of big ruins in an age of global capitalism. Drawing
from a wide range of sites – both real and imagined – this conference aims to
create a dialogue between big ruins and the culturally-prescient theme of the
imagination of disaster and to open up an emancipatory space that, following
Slavoj Žižek, accepts the universal inevitability of ruin in order to break its
ideological grasp and thus to suggest liberating alternatives.

Luke Bennett: ‘The ruins of ruins’

Michael Crang: ‘Mired but alive’: the aesthetic
taming of toxicity

Camilla Røstvik: ‘Like sleeping dragons: an
exploration of the ruins of CERN’

Andrew Hardman: ‘Where is my apocalypse? Living in
a ruined future’

All welcome. Tickets for the conference can be
booked via Eventbrite: http://www.eventbrite.co.uk/e/big-ruins-the-aesthetics-and-politics-of-supersized-decay-tickets-10733583437?aff=eorg

Drip, drip, drip, by day and night
From the April showers that begin The Canterbury Tales to Shakespearean storms to sodden Victorian classics, English literature is full of rain and flooding. Alexandra Harris on how every era creates its own kind of downpour… 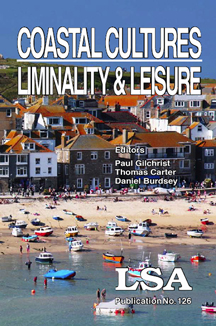 Histories of Liminality on the Coast
John K. Walton

The Cultural Seascape, Cosmology and the Magic of Liminality
Rob van Ginkel

Liminality and the Production of Coastal Tourism Resorts
Sheela Agarwal


A Story of Six Rivers 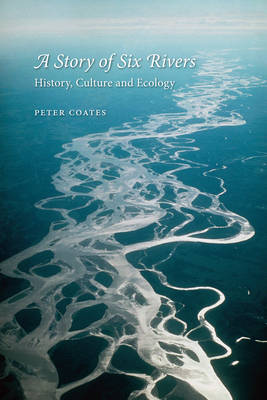 Includes chapter on the River Mersey.