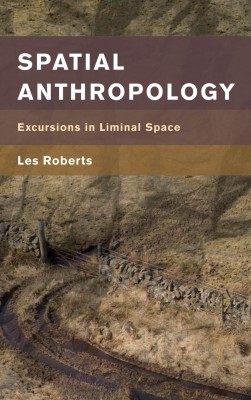 Spatial Anthropology is now published in hardback and e-book formats (paperback is due in 2019). Great to see it in print finally. Unfortunately, due to some shoddy production work on the part of publishers Rowman & Littlefield, the book is missing the acknowledgements section I submitted. I am informed that this will be rectified for the paperback version and future print copies of the hardback (and the e-book). But for the time-being, the acknowledgements that would have been included in the book had R&L done their job properly are as follows:

In reworked form, parts of this book have been reproduced from articles published previously. ‘Castaway’ (Chapter 3) appeared first as ‘The Rhythm of Non-places: Marooning the Embodied Self in Depthless Space’, in Humanities, Volume 4 (2015). ‘Stalker’ (Chapter 4) is based on the article ‘The Bulger Case: a Spatial Story’, in The Cartographic Journal, Volume 51 (2014). ‘Necrogeography’ (Chapter 7) was published as ‘The Cestrian Book of the Dead: a Necrogeographic Survey of the Dee Estuary’, in Literary Mapping in the Digital Age, edited by David Cooper, Christopher Donaldson and Patricia Murrieta-Flores (Routledge 2016). I am grateful to the publishers of these articles and to the editors and anonymous reviewers for their helpful comments and suggestions.

The ideas developed throughout the book and the research projects around which much of the discussion is based stretch back over a decade or more, pretty much spanning the period that I have been living and working in the North West (although, living as I do in North Wales – and Anglocentrism aside – this regional descriptor has necessarily blurred edges). Accordingly, the people who have in some way or another had a hand in the shaping of the book’s contents – whether as interlocutors, colleagues, discussants, students, informants, sceptics, detractors, fellow travellers, sounding boards – are far too numerous to mention. However, I would especially like to thank Sara Cohen and Julia Hallam, colleagues in the Institute of Popular Music (School of Music) and Department of Communication and Media at the University of Liverpool, with whom I worked closely on a series of research projects between 2006 and 2013. Many of the exploratory and formative incursions into what would only later acquire the name ‘spatial anthropology’ came about as a result of opportunities, and the intellectual freedoms they helped nurture, that were afforded me during this period of immensely collaborative research activity. Also, in addition to those who helped me secure permission to reproduce images (and to Rob Wright
for his captivating photograph of Stanlow Refinery included in Chapter 9), I am grateful to Andy McCluskey and BMG for generously allowing me to reproduce lyrics from the song ‘Stanlow’ by Orchestral Manoeuvres in the Dark (a big thank you too to Paul Gallagher from the Museum of Liverpool for his help with this).

As the bulk of Spatial Anthropology was written during a period of research leave (February to September 2017) it would be remiss of me not to extend thanks to the School of the Arts and the Faculty of Humanities and Social Sciences at the University of Liverpool for granting me the requisite space and time to bring this project into fruition. I am grateful to series editors Neil Campbell and Christine Berberich for accepting Spatial Anthropology for publication as part of their excellent Place, Memory, Affect series. Lastly, I am, as ever, indebted to Hazel Andrews for helping me sharpen and refine my anthropological sensibilities, and for sharing the road (and the load) as we ramble and rove through this world of our making.